It was 1999 when the actress Roma Downey recorded an album with the legendary musician and composer, Phil Coulter. Downey came from Northern Ireland (as well as Coulter), but later she became known in America. After some films and series, she got the role of Monica in the drama series Touched by an Angel, which made her very famous.

At the height of her popularity, she teamed with Coulter to create an album; Roma Downey read some Irish Christian texts and meditations and Phil Coulter played the piano on the CD. Healing Angel came out in the October of 1999 and soon became a cult classic reaching #6 on the Billboard New Age Charts. 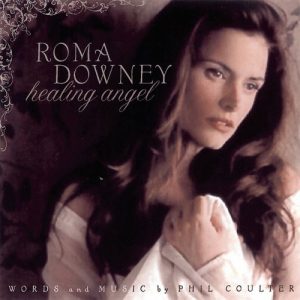 The record is beautifully arranged and contains prayers, meditations on Christianity and some Irish blessings. The most popular of them is Be Thou My Vision. It is a traditional Irish hymn that became popular in other countries all around the world. In Hungary it is known as Légy te Menedékem.

Many versions exist; the variation adapted here is the direct translation of the original Irish text. Apart from Roma’s soft recitation in English and Coulter’s fine piano work, we can hear the Irish songstress, Aoife Ní Fhearraigh singing the hymn in Gaelic and finally, there are the folk musicians Frank Gallagher and Brendan Monaghan who play the Uillean pipes and the whistle.

The other song also worth mentioning is the album-closer An Irish Blessing. It is an old traditional Irish text which is recited during funerals. May the Blessing of Light Be on You features the same musicians and it was also Coulter who composed music for the text.

Both titles were performed on the festive event Phil Coulter organised in 2002. The concert was released on DVD and CD later under the title An Irish Christmas.

Even though nowadays the physical copies of Healing Angel are rare to find, the whole album can be streamed on Apple Music and Spotify. 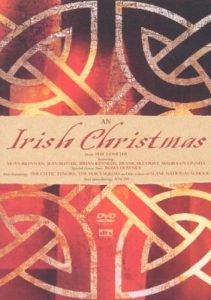