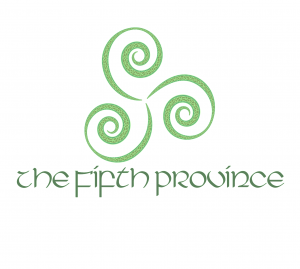 It all started with an idea that slowly began to formulate itself. Then the idea just popped up seemingly out of nowhere during a discussion in November 2020 with greater force and determination. The hows of implementing the idea of an Irish cultural website that could effectively unify all the Irish cultural centres and its events and assist in disseminating these programmes to a greater number of people were initially discussed by Krisztina Kodó (Kodolányi János University, Chair of the Department of English Language and Literature) and Papp József (ELTE, Doctoral student).

Two former BA English Studies students, Kitti Enyedi and Kovács Lajos became additional members of the team. József Papp created the first draft of the would-be Irish blog titled The Fifth Province. Due to József Papp’s untimely passing, the team, Krisztina Kodó, Kitti  Enyedi Lajos Kovács, and Károly Káli-Rozmis (former KJE English BA students) continued the work with the encouragement and support of the Irish Embassy in Budapest. The creation of a firm foundation for our ideas led us to establish a foundation that allows for greater scope and possibilities within the sphere of intercultural and multicultural connections.

The team now consists of Krisztina Kodó, Károly Káli-Rozmis (music journalist) and Ádám Gueth (film aesthete and critic). The enthusiasm of the group is based on a mutual interest and call to Ireland and Irish culture.